×
Nearby Villages & Links > Cooling
Cooling Castle
Today, just laying to the east of Cliffe, is the parish of Cooling whose boundary has fluctuated over time and was once very much part of the landscape of Cliffe and the fields and marshes. At Cooling, since the late 14th century, stands the impressive site of Cooling Castle: a Grade I listed building. 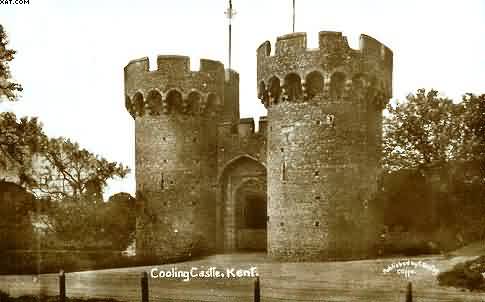 Cooling Castle is quite unusual in form as it was not constructed on a single moated island as was the case for most quadrangular castles. It preserves one of the finest gatehouses of any castle in Kent, its twin towers top-heavy with their machicolated parapets. There are considerable remains of the rest of the castle too, which was built in the 1380s in response to the French threat of invasion. Roman and Saxon settlements have been located near the castle site, and a manor house has stood there at least since Norman times.
The manor of Cooling was acquired by the de Cobham family by the middle of the 13th century and John de Cobham, the 3rd Baron Cobham, used the French raid on the Thames estuary in 1379, part of the hostilities of the 100 Years War between England and France, to justify the need for a castle to protect northern Kent, the port at Cliffe and the seaward approach to London.
He received Royal licence from Richard II to fortify his manor on 2nd February 1380-1, and building work was completed by the end of 1385.
The inner ward was built first and was occupied throughout the building operations. The castle seems to have been largely complete by as early as 1385, and the building accounts survive almost in their entirety. Within thirteen years however, Sir John de Cobham was banished to Guernsey because of his part in a baronial dispute with the King. When Richard II died a few years later, his successor, Henry IV, allowed Sir John to reclaim his estates. Sir John died in 1408. 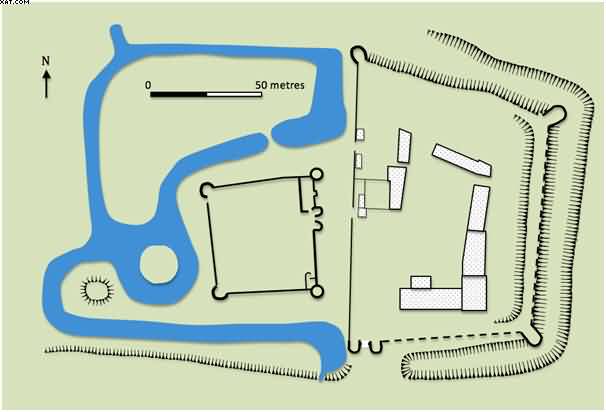 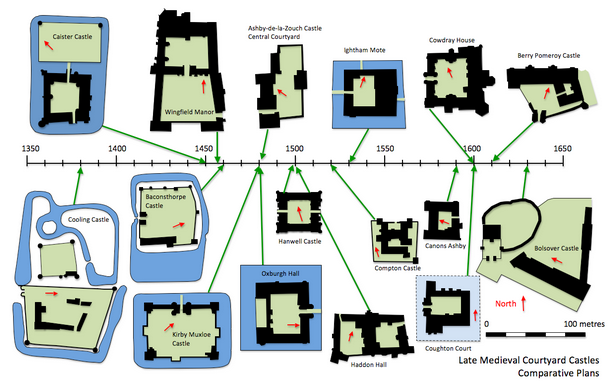